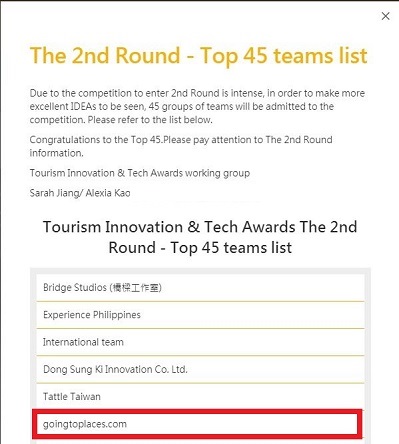 Better than 500 plus other submissions. My goingtoplaces.com app ecosystem developed since 2016 is through to the 2nd round and in the running to be one of the final 20 presenting their solution in Taiwan during June 2019.

With 3 years of data and use it is a proven product for the growing tourism market.

The summer months of December, January and February attracted the most amount of visitors to the country with a total of 2,511,300 international visitors in 2017. The warmer weather combined with popular seasonal sporting events are major factors in high international arrivals during the summer. Autumn was the quietest season for international visitors, with only 2,051,600 people coming into the country in March, April and May. Each month experienced growth on the monthly arrivals from 2016 except for February which saw a decrease of 1.4% in arrivals.