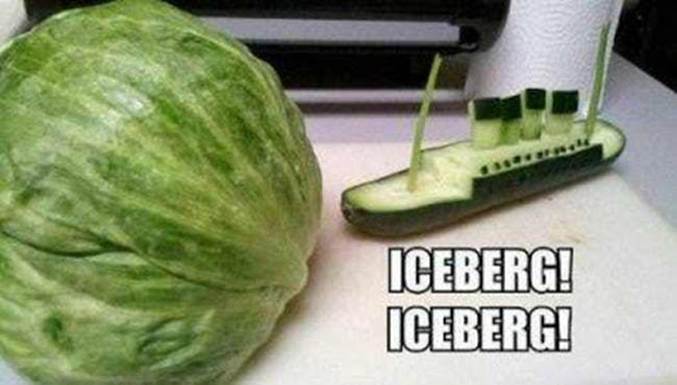 It still seems like yesterday when I was first made aware of the latest advances in technology, which began the adventure of today’s enterprise. Fact is there was some new ideas, promotion of  technology yesterday. It had no bearing on our productivity, as much as the broad message being spread was doing it’s best to connect and excite the reader. Personally I am blase’ about the plethora of next best things. It has also became obvious that there is now a growing number of ‘Whoa!” messages being presented, for various reasons. In simple terms the market place of web industries is feeling the original inhabitants ‘rebels with a cause’ ethos begin to stir. The following piece BY JOHN ELKINGTON AND RICHARD JOHNSON was published on 03/07/18 It is an expansive and well written analysis of the reality that is beginning to blow away the fantasy of shallow opportunism, that is beginning to be questioned and unveiled.

“We Need Breakthrough Business Models, Not Break through Technology

When humanity encounters a shiny new technology and senses its potential, we usually glibly assume that the world will instantaneously jump aboard and surf the resulting wave of change.

Anyone who has experienced at least one of these wave peaks knows what typically happens next: We crash into the “Trough of Disillusionment.” More than a couple of times over the decades, we have turned up at the doors of once-unstoppable businesses to find their founders sitting among the smoldering debris.

It may seem an idiotic question, but why, time and again, is the Gartner Hype Cycle–a theory of technology adoption developed by advisory firm Gartner–correct? The answer, of course, is that our species keeps falling into the same trap.

Why do we keep getting this wrong? The answer seems clear. We favor technologies over business models, imbibing the Kool-Aid a long time before the hard slog to turn the concept into something customers will actually buy has begun.

In a previous article, we explored the entrepreneurial mindset needed to solve the world’s largest, most mind-numbing problems. Those who rise to the challenge, we conclude, will claim a generous slice of future markets.

And yet, a good deal of effort is still needed to turn most emerging technologies into sustainable wealth creation engines. In our experience, anyone who still wants to kick off a discussion about long-term wealth creation by focusing on the business case for addressing the world’s biggest unmet needs is likely to find themselves paddling along well behind the next big wave, very likely missing it entirely.

By contrast, tomorrow’s market leaders are the ones already sketching a new business model on the proverbial napkin. Business models are what connects a technology’s potential with real market needs and consumer demand.

Recall how solar panels took off. True, the price of photovoltaic cells had been falling exponentially since the 1970s. But it wasn’t until 2008 when the concept of “zero-money-down” solar (leased and managed rooftop solar) was introduced that we saw an equally exponential increase in the number of solar roof installations. The new model gave solar power the edge over grid energy.

To get a better grip on the implications, we have been talking to some of the world’s top change agents as part of our Project Breakthrough Initiative for the UN Global Compact. Some of the insights on breakthrough business model innovation are distilled in this video:

Clayton Christensen’s theory of disruptive innovation highlights that needs are often left unmet not because they can’t be met, but because the incumbents have been innovating at the high end of the market, chasing ever larger margins. It is the role of the disruptor, then, to meet the needs of those who have been ignored–and steal market share from the incumbent.

As digitalization proceeds at unprecedented speed and scale, the marginal cost of delivering a whole range of goods and services will plummet. This opens up a huge opportunity to create affordable solutions to huge, previously overlooked market needs.

One example is the insurance company BIMA, featured in the video. BIMA specializes in using mobile technology to bring potentially life-changing insurance to the previously uninsured, worldwide. Today the company reports that it is registering over 600,000 new customers a month.

Big business is struggling. At the current churn rate, 50% of S&P 500 companies will cease to exist over the next 50 years. But where there are losers there are also winners.

So what will the next generation of winners look like? Will they be clones of Facebook or Uber? Maybe, but it looks increasingly likely that many of tomorrow’s business success stories will have sustainability at their core.

A recent report by the Generation Foundation (the advocacy arm of the investment firm cofounded by Al Gore) argues that sustainability has become fundamental for growth.

The two key opportunities are to make goods and services accessible to those who hitherto didn’t have access to them—and to replace resource-intensive products and services with ones that are radically more efficient.

In practice, this often requires companies to rethink where they draw their own boundaries. When we interviewed Francesco Starace, CEO of the multinational energy company Enel, he told us that they had for too long viewed energy as a stand-alone value.

But as he went on to say, “energy alone is nothing. This means we should understand what other people, and other pieces of society, need from us. That part is more difficult. You have to understand the many missing parts, that, for decades, you have ignored.”

Today, Enel is the world’s leading renewable energy producer, but it acknowledges that modern energy systems, like modern data systems, do not work best when centrally managed. So, through their Open Power approach, they are exploring the role they will play in a future where their customers produce, store, and manage their own energy.

There is good reason to believe that the change we have seen over the last decade will be dwarfed by what happens next. One key feature of what’s headed our way is a shift away from ownership. As the Internet of Things grows exponentially, it will become ever easier to share resources in real time.

Rachel Botsman, a leading expert, told us, sharing-economy business models take a wide range of unused assets and unlock their value by matching “needs” with “haves,” radically boosting both efficiency and access.

And the process has only just begun. As Botsman continued to say, “in terms of impact, and in terms of different sectors realizing that this isn’t just a technology trend, but a transformation in how we utilise assets and the flow of value and trust, I literally think we’re on day one.”

The pace of change could take us all by surprise. Take transport. Think-tank RethinkX predicts that, once ride-d is combined with autonomous electric vehicles (AEVs), the costs of accessing mobility services as and when you need them will be so much lower than the costs associated with owning a car that consumer behavior will shift very quickly. Within 10 years of regulatory approval for AEVs they predict ‘transport-as-a-service will account for 95% of U.S. passenger miles.

So those hype cycle charts are great at indicating where we are on the various tech cycles. But remember that business models are they key to determining which technologies take off–and which crash and burn.”

John Elkington is cofounder and chief pollinator at Volans, a certified B Corporation. His most recent book is The Breakthrough Challenge: 10 Ways to Connect Today’s Profits with Tomorrow’s Bottom Line, coauthored with former Puma CEO and chairman Jochen Zeitz.

Richard Johnson works alongside John at Volans, exploring the intersection between disruptive innovation and sustainability. The aim: to help business implement strategies that are good for people, good for the planet, and, not coincidentally, help boost both profits and long-term value.